The first time I was exposed to vedic chanting was in Amritapuri in 2006. I had just moved there from France, thinking, that’s it, I have found the place where I want to be for the rest of my life… It just felt right, I had just come back home. After a few days, Amma left to go on her  US tour and the moonsoon kicked in (more about that in another post). The ashram emptied, like, overnight. The indian residents, the foreign visitors, the western renunciates… gone. There were only a few of us left with the brahmacharis and brahmacharinis. And that’s when we started chanting.

One day, just before bhajans, we were handed out xeroxes of the Purusha Suktam with no comments (as often happens in India, you just have to go with the flow and see what happens, no need to know anything in advance anyhow because it hardly happens the way you thought anyhow). After the initial oms, the brahmacharini seated in front of us with her head cover with her sari started chanting:

The rhythm of it all, the power! Although I had never heard it before, it was like I just knew it, and without any training, managed to follow after a couple of nights. Night after night, we chanted for 20 minutes before bhajans, night after night I felt like I wanted it to go on for the whole night.

2 years later, while I was studying ayurveda in the US, I took a few vedic chanting classes with a wonderful woman named Sonia Nelson. She was kind and demanding. We would repeat the same syllable dozen of times until we got it right, over and over again until we knew the complete verse. It was in a way like going back to school, becoming little children again in front of a benevolent teacher. Those few classes taught me a lot and I can still chant some of the verses we learnt that year.

Today, I went to a local vedic chanting group in my home town and, despite the so-so teacher and the cold rainy day, the same magic happened. 2 hours this time of going over the same words, over and over again until the correct intonations were achieved. I loved it and am now inspired to continue the practise. 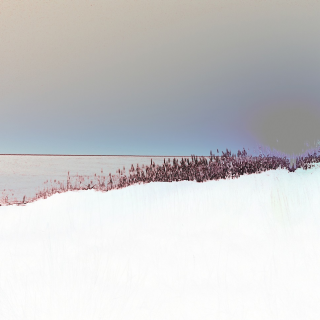